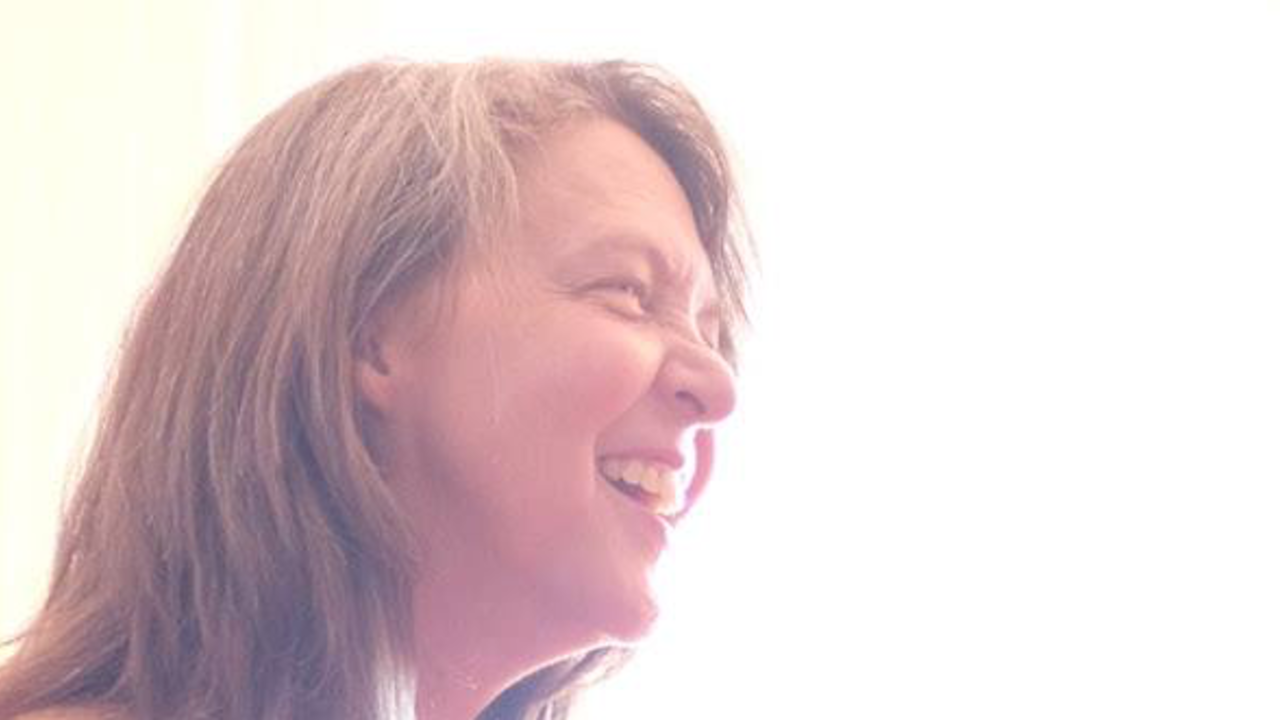 Innocence, Sin, and the Power of Circling

Our kitchen isn’t just the heart of our house; with three practicing Circling leaders in one space, it’s a developmental crucible/dojo. We stand around telling each other the truth that we had not dared to see until this moment, while snacking on popcorn, going beyond empathizing while wiping down the countertops. In every single conversation one of us comes completely undone—often by another daring to be more vulnerably direct and honest, and both parties usually feeling loved by the process.

One evening a few weeks ago I ended up on the hardwood floor between the dishwasher and the stove (as I usually do when some old structure is coming undone); whining and feeling grateful. My friends had just shown me where I go into ‘explanation mode,’ a kind of abstract, disconnected voice that can apparently seem patronizing. Witnessing myself while it happened, I saw this ‘explanation mode’ as a clever system to protect me from the loneliness of being misunderstood. I was isolating myself by speaking abstractly, so if I wasn’t understood it wouldn’t feel so painful.

Laying there on the ground with the faint smell of reheated pizza wafting from the oven, it had become obvious that this defense actually created the very loneliness I was (unconsciously) trying to avoid. In an effort to differentiate from it, I started hating on myself pretty hard for this habit. Then comes Blas, blinking heavily and mouth slightly ajar: “It makes sense to try to differentiate yourself from that part but I'm wondering what's so bad about it? ” And boom! My head was clear. I simply was, exactly as I was. Innocent. I remembered that there wasn’t a knowing saboteur  underneath my clever way to defend myself from the thing I wanted. Seeing it hadn’t proved my unworthiness. I felt the innocent drive of being human and attempting to be something more. Perfectly on the kitchen floor, perfectly lonely and perfectly seen, devoid of all meaning and meaning-full, utterly empty and utterly full of being.

Circling invites us to see the radiance of every expression—like Blas saw the beauty of my self-hatred—while continually opening us to how everything is changing in relationship to everything else, in every moment. I’m excited to share this awareness because I think naming it enhances its impact—which will hopefully be obvious by the end of this article.

(a) In welcoming whatever’s here, we’re training ourselves to see the innocence of everything. In my kitchen, we saw my defensiveness as a gift that offered me safety from feeling pain and loneliness when misunderstood (albeit probably no longer in a useful way).

(b) And in seeing how whatever we’re looking at (defensiveness, for example) is constantly changing by the nature of our looking at it, we’re training ourselves to see its emptiness. It doesn’t exist unto itself. When Blas showed me a new way to see, the very thing I was seeing changed (even though it was me!)

I’m not sure that the power of putting these two together is fully recognized by Circlers or non-Circlers: both end up showing us the awareness that is here now, always aware and without condition, and both allow us to see how that awareness is not separate from the stuff we are aware of. (I’ll share a practice to help experience these subtle concepts at the end, and I think this will make more sense as we go on)

Loving the 'Sins' of Postmodernity

The upshot is that we get to harvest the fruits of even the most impolite, impure, and taboo drops of experience.

What are often considered “sins” in postmodern, new age spirituality, such as—

—are not just seen as illusory as often practiced in mindful meditation practices (passing, changing, and therefore empty), but embraced as the very manifestations of consciousness. Eg: my unowned desire for you to think I’m awesome after reading this article and the awareness of that desire are an inseparable event, heads and tails of the same coin.

Seen this way the ‘sins' become expressions of the awareness that is aware of them (including non-welcoming attitudes) and are therefore self-liberating.

You can try out this practice to grapple with this unusual concept. Take any of the above bullet points and see where you want to turn away and exclude it from your consciousness (as if we could). Instead, let yourself notice that you’re already aware of it and then you get to inhabit it, and be in love with it; nourished by it even as you’re completely broken apart by it.

Ahhh everything I say to describe it/this relationship of awareness and form, isn’t it and isn’t not it (and isn’t both and isn’t neither). Lol. Let’s try an example.

During one Circling event, Heinz had been feeling dull and powerless. He only spoke up when he thought others were being aggressively spoken to and shouldn’t be, and he did so in a very polite tone. It came out that he was very judgemental of anger and aggression, considering them ‘sins’ in the sense that they should not be allowed in Circling. Instead of judging the judgement—which is a grand temptation—the group saw it as a clue leading us to a deeper intimacy with Heinz (the radiance of the judgement is that it leads us to deeper intimacy, but the emptiness of it is that the judgement didn’t necessarily point to a truth about anger...).

After Circling this judgement, Heinz discovered that he was angry! Classic. Inside this anger was both a passion for the things he found important and a boundary (the radiance of the anger), both of which were previously inaccessible.

Upon expression the anger turned to aggression (the emptiness of the anger—it so quickly transformed upon contact that we can start to see it as not having much substance to begin with). This was a healthy form of aggression that wanted to move toward what mattered to him (the radiance of the aggression) and fostered no hostility to others.

This aggression found expression in ripping off his shirt and wrestling (with yours truly) in the middle of the Circle (the emptiness of the aggression), which was HOT. You can imagine it, sweaty muscles, judo takedowns, grunting, a cheering crowd. It excited a primal, tribal reaction from the group, bringing out a wide range of previously hidden emotions—including sexual desire.

The whole endeavor ended in an incredibly loving hug between myself and Heinz. He felt he had re-embraced some core aspects of his masculinity—healthy forms of power, anger, aggression, passion, and boundary setting (heretofore utterly repressed, and therefore projected onto everyone else, everywhere in his life). According to him and those who know him, he showed up in a completely different way from then on.

Another example: the sin of Christianity

Hey you know how it’s secretly taboo to mention God and Christianity in postmodern spiritual groups?

From a mystical Christian view we could say that Circling shows us how God is in everything we see (including these “non-Circling expressions”) because God is in/as us; that all of these are “forgiven” in the true sense of the word—that they could never separate us from God’s love.

You might also be turned off by use of the word “sin.” There seems to be an unspoken rule—especially in Europe where only 11% of the population is “churched”—that it’s not OK to use Western theological language. Not OK—isn’t that the definition of sin?

An Ever-Present Choice: Judge or Embrace

Etymologically the word “sin” just means “missing the mark”—like literally missing the bullseye in archery or spear throwing—and we don’t always hit the radiant-emptiness awareness bullseye all the time. Here’s where the practice of Circling again feels so supportive: in every moment we notice ourselves or others missing the mark (ahem, sinning), we are reminded that we can choose to judge or embrace it:

The divine is in the embrace, nay, the divine is in the awareness, nay, the awareness is the embrace… ah, it’s so hard to describe! But you all know it don’t you? You’ve felt  those places that were locked away from others, maybe even your own awareness. You’ve felt parts of you so terrifying to expose to the light of consciousness—then bam!—suddenly someone saw them and didn’t judge you—and these parts shone radiantly powerful and simultaneously devoid of any of the substance you thought was going to destroy you. Or maybe you’re a new you that isn’t threatened? Either way the emptiness is apparent upon reflection.

Circling embraces the divinity of not-Circling

This is true of all “Circling sins” too—not getting someone’s world, not being in the moment, being in your head, telling a story, not speaking your feelings, trying to get somewhere. Everything we see in others that is “not-Circling” can be seen as something evil/shameful/simply not as good as we are, something to exclude from our practice—or something showing us a path to deeper intimacy and wider presence.

I hope these ideas can facilitate a different awareness in Circling, and especially a different attitude to all of the things that we avoid or try to exclude (including avoidance and exclusion).

Bonus: Want to play? Here’s an Attempt at Experiencing this Awareness Now.

I’d like to experiment with more actively directing your awareness now to this vantage point of the not-two not-one not-both not-neitherness of emptiness and form, if you’re up for giving it a try. Note that each of these steps is intended to guide us to an awareness, and isn’t the awareness itself.

Join our mailing list to receive the latest news and updates from our team—including videos on new discoveries in meditative interconnectivity, articles like this one, and upcoming events. Your information will not be shared.